TowerPowerimg00 Capenergies is coordinating the joint European TowerPower project, launched in May 2014, which aims to develop a real-time remote monitoring system to oversee ageing offshore wind turbine structures. The new development is a direct response to demand from wind farm operators, who want to cut maintenance costs by increasing the time between site operations. The project, co-funded by the European Commission through the 7th Framework Programme (FP7), will take place over three years with a budget of around €2 million.

The consortium, coordinated by the Capenergies competitiveness cluster, contains: 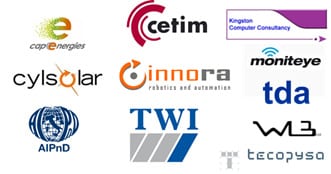 In most cases, the structure that supports offshore wind turbines comprises foundation pillar(s), an intermediate part (pillar or slats) designed to resist the impact of the waves, a transition piece, and the wind turbine mast itself. The main observed signs of ageing are as follows:

TowerPower, using a network of different sensors, electronics and advanced signal processing algorithms, will be used to understand the “signature” that the structure is behaving normally and then to detect any anomalies that could signal a defect. The system will also improve understanding of the phenomena behind deterioration of the structures. 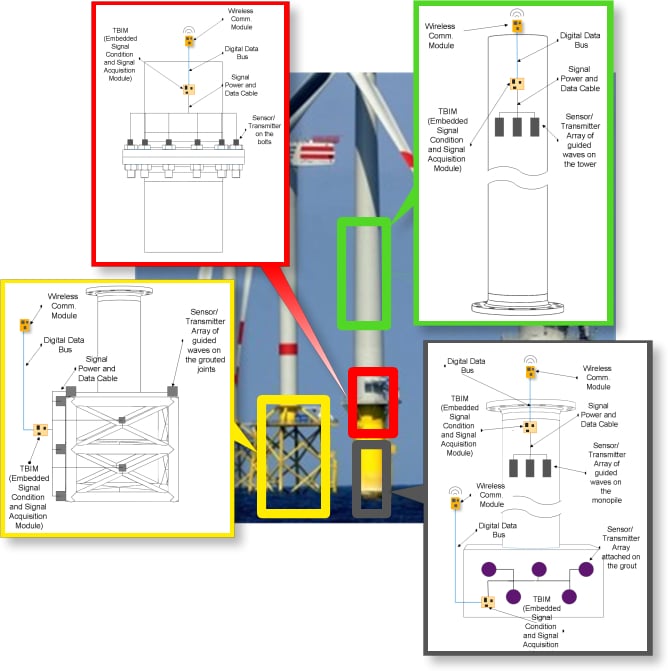 The intellectual property created under the project – including any patents – will be owned jointly by the associations involved. They may then grant operating licences to their member companies, consortium members and other firms, on a worldwide basis, as the opportunity arises. This will give Capenergies an important tool to develop its activities in the offshore wind sector throughout the region and beyond, in line with its priorities and the PACA region’s “smart specialisation” strategy.

The content of this article is binding only on the consortium. Under no circumstances may the European Commission be liable for any consequences arising from the use thereof.