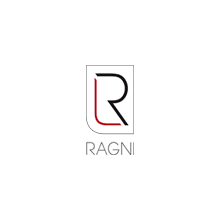 Ragni has been led by the family of the same name since it was founded in 1927. Based in Cagnes-sur-Mer in south-eastern France, Ragni SAS specialises in high-quality street lighting equipment.
The company was founded in France more than 80 years ago by Italian ironwork artist Victor Ragni.
The founder’s son and, later, his five grandchildren joined the company. Together, they turned Ragni SAS into a leading player in traditional street lamps, in France and later abroad.
Marcel Ragni took the helm of the company in 2008, perpetuating the Ragni family’s tradition and expertise. The company is jointly managed by two of Marcel’s nieces and his sons: Sandra, Stéphanie, Jean-Christophe and Stéphane. They are now the fourth generation.

Traditional, functional and modern lights, with LED or traditional bulbs, solar units and a wide choice of bespoke or standard lamp posts – Ragni offers a comprehensive range of products that has evolved over time. Ragni’s current directors and staff, aware of the need to reduce the environmental impact of street lighting, have developed a range of efficient, environmentally friendly lighting systems as well as a collection of solar units.

Ragni is looking to continue manufacturing its products in France – one of the company’s key assets and the reason why it can respond to customer demand so quickly. However, it already has a strong global presence and is therefore looking to move into key markets abroad. It has joined forces with businesses in its target regions to respond quickly and accurately to demand in these geographies.

With a combination of traditional expertise and adaptability, craftsmanship and industrial-scale production, Ragni has built a strong reputation and moved with the times. The company’s customers appreciate its fast response times and attentive customer service.