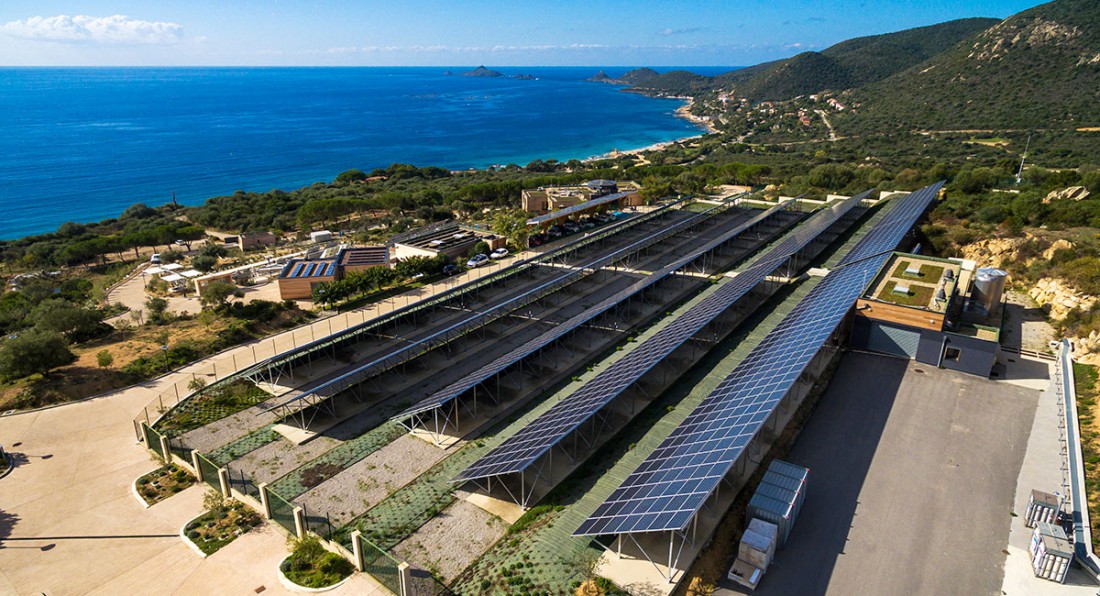 Hydrogen technology in Corsica: the Myrte and Paglia Orba platforms welcome a delegation from Toyota Japan, led by Capenergies

On 16 June 2017 Capenergies, represented by its Deputy Director, Paul Lucchese, took a delegation from Toyota, Japan, to visit the Myrte and Paglia Orba platforms at Vignola.

Christian Cristofari, director of the technology institute at the University of Corsica and manager of the platform, gave a presentation to the visitors on Corsica’s hydrogen projects and strategy.

The potential for cooperation between the University of Corsica and the University of Kyushu was discussed. Possible cooperation on mobility projects in Corsica, associated with the ‘Power to Hydrogen’ programme and as part of the Hy-Pa Corsica plan, were considered, in particular in the context of the introduction of the Mirai hydrogen fuel cell vehicle associated with a future 700 bar fuelling station.

A future meeting between Toyota France and Europe is also planned at the Castellet race track concerning potential cooperation on the Hynovar project (VIP hydrogen vehicle fleets) and using the Paul Ricard circuit to test the technologies.

Mr Hirose, professor at the University of Kyushu, was extremely interested, saying that « hydrogen is a key factor for the sustainable local development of hydrogen-based smart energy systems (“HyGrid”) and a way for people to reclaim the added value of the energy chain locally ».

The Myrte platform operated by the University of Corsica and accredited by Capenergies, comprises systems of electrolysers, hydrogen storage tanks (capacity: 1.75 MWh) and 200 kW fuel cells. It is connected to a 560 kW PV array. This set-up is used to test solutions for feeding intermittent solar energy into the grid by producing hydrogen, storing it during periods of surplus solar energy, then feeding the electric power back into the grid during periods when there is no sunlight. The CEA and Areva are also involved in the current project. 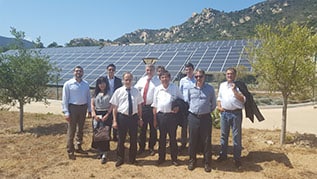 The following people were involved in this visit: Mr Katsuhiko Hirose, former director of the R&D and engineering division and advisor to the management of Toyota Japan, Mrs Tamaki Ozawa and Mr Rody El Chammas from Toyota Europe, and Mr Hirose, professor at the University of Kyushu. Eric Lemaître and Pierre Serre Combe from the CEA were also present, as well as Leo Pouzoulet, Project Manager at the Paul Ricard circuit. 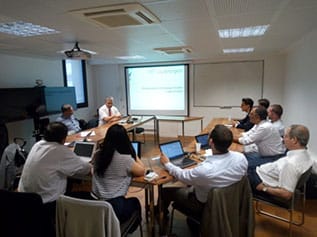