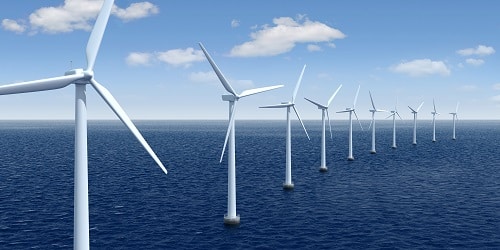 TowerPower is moving into uncharted waters. There are already a number of monitoring solutions for onshore wind turbines. But this project, launched in 2014 with financial support from the European Commission, aims to develop a surveillance system for offshore turbines. It is a direct response to strong demand from offshore wind farm operators, who want to cut maintenance costs by scheduling and increasing the time between site operations.

The TowerPower consortium is led by the Capenergies competitiveness cluster and includes:

“TowerPower is one of the first projects to focus on offshore wind turbine maintenance,” said Céline Auger, project engineer at Capenergies, which is responsible for coordinating the European partnership. “There are already plenty of surveillance solutions for the onshore wind power sector, but these technologies cannot be replicated for offshore facilities in their current form. In practice, this involves monitoring a transition piece attached to the wind turbine battery, to support the nacelle and the mast – a set of thick metal parts (40 mm) supported by 50 mm of special concrete.”

The partners have opted for two ultrasound technologies to detect defects in remote areas – acoustic emission and guided waves. Both systems work in parallel (40-50 sensors per mast). The data are aggregated and then transmitted from the nacelle to an onshore supervisor. Cetim is responsible for the “acoustic emission” part of the system.

The two technologies, along with the data processing system, were developed via a series of physical experiments on a mock-up, along with simulations. Between now and the end of the project in 2017, the partners are expected to assess the environmental conditions with “in-water” tests to ascertain the influence of wave propagation and the effectiveness of the processing unit. There will then be a full-system testing phase on an offshore structure.